Come kick back at the Cherry Crown Diner in Saint Aria with your twin sister Corona, childhood friend Lamune, and the twins Rayla & Iris. There’s never a dull day in this city of magic and memes!

And now for a message from the brains behind the game, Ikuhiko Sato of developer Prototype™: 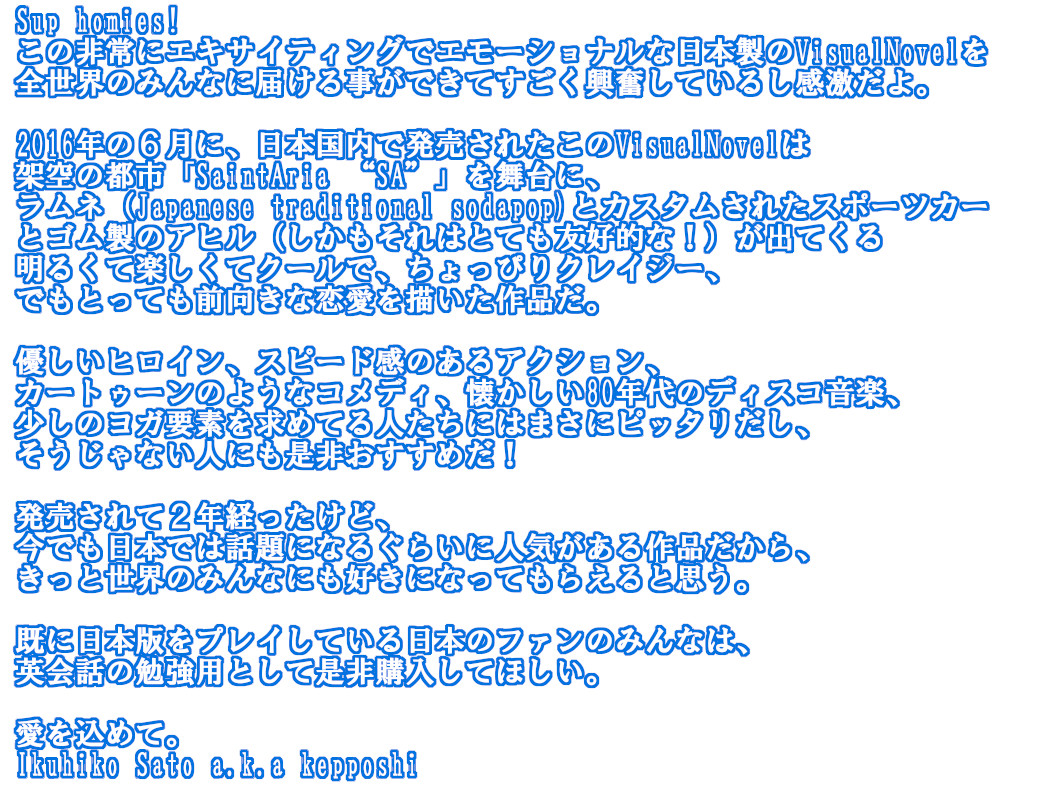 I’m hella excited to bring this super exciting and emotional Japanese visual novel to the world.

It’s the perfect VN for anyone looking for scintillating heroines, fast-paced action, cartoon comedy, retro 80’s disco music, and a bit of yoga… and even if you’re not into any of those things, I’d still totally recommend it!

It’s been two years since the game was released, but Japanese players are still talking about it, so I’m sure you’re all gonna love it too.

And Japanese fans who’ve already played it can use the English version for language study! (Be careful, you might not wanna use this stuff in everyday conversation! – Meru)